Skip to content
HomeI Am Legend by Richard Matheson 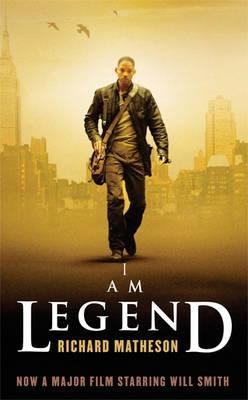 source: purchased
title: I Am Legend

author: Richard Matheson
published: 1954
pages: 161
first line: On those cloudy days, Robert Neville was never sure when the sunset came, and sometimes they were in the streets before he could get back.
rated: 5 out of 5

It seems strange to find a 1954 vampire novel in Millennium’s “SF Masterworks” classic reprints series. I Am Legend, though, was a trailblazing and later much imitated story that reinvented the vampire myth as SF. Without losing the horror, it presents vampirism as a disease whose secrets can be unlocked by scientific tools. The hero Robert Neville, perhaps the last uninfected man on Earth, finds himself in a paranoid nightmare. By night, the bloodthirsty undead of small-town America besiege his barricaded house: their repeated cry “Come out, Neville!” is a famous SF catchphrase. By day, when they hide in shadow and become comatose, Neville gets out his wooden stakes for an orgy of slaughter. He also discovers pseudoscientific explanations, some rather strained, for vampires’ fear of light, vulnerability to stakes though not bullets, loathing of garlic, and so on. What gives the story its uneasy power is the gradual perspective shift which shows that by fighting monsters Neville is himself becoming monstrous–not a vampire but something to terrify vampires and haunt their dreams as a dreadful legend from the bad old days. I Am Legend was altered out of recognition when filmed as The Omega Man (1971), starring Charlton Heston. Avoid the movie; read the book. –David Langford

Hello blog friends, I have been MIA and missed you all these few weeks but I did manage to read I Am Legend

and wanted to share my thoughts on it. I’ve been busy with the usual work, family and just enjoying the summer. We even went on a mini-vacation to the beach last weekend. I’ll share pics on a Sunday post soon and I’ll be blog hopping this weekend and catching up.

Anyway, I picked I Am Legend

out of left field really, it wasn’t a book I even planned on reading anytime soon but I found myself in a reading slump and this one helped get me out of that.
Richard Matheson wrote I Am Legend

in 1954 and he set his futuristic post-apocalyptic thriller in 1976. The protagonist is Robert Neville, who has lived alone for a few years after losing his wife to a virus that infected most of Earth’s population and turned them into the living dead. The virus was thought to have been spread by mosquitoes after a war. Neville lives boarded up in his home, drinking often to ease the pain of his lone existence. He ventures out during daylight in search of food and supplies while also killing vampires. He spends his days trying to figure out the virus and how to cure it. I felt bad for him from the start. You get to see his past through a few flashbacks. I felt that Matheson wrote Neville’s loneliness and desolation masterfully and he was really creative with his storyline.

Horror he had adjusted to. But monotony was the greater obstacle, he realized it now, understood at long last. And understanding it seemed to give him a sort of quiet peace, a sense of having spread all the cards on his mental table, examined them, and settled conclusively on the desired hand.
p. 101, I Am Legend, Richard Matheson

Some of the vampires can speak, others are fully dead and cannot. Something about that just got under my skin, that some of the vampires could still speak, that they were still technically living. Neville’s old neighbor continues to call and taunt him as a vampire. Just like most zombie stories today, everyone is infected, some people are immune, like Neville. Reading this one I realized that Matheson has influenced the vampire/zombie genre greatly. While the pacing was slow at times, I very much enjoyed I Am Legend

and found myself fully immersed in a creative storyline, which was both bleak yet at the same time showcased the endurance of the human spirit in the worst of times. Neville knew the odds were stacked against him, yet he just kept going until the end.

The last lines are powerful ones in terms of the story. I won’t be forgetting these.

Full circle, he thought while the lethargy crept into his limbs. Full circle. A new terror born in death, a new superstition entering the unassailable fortress of forever.
I am legend.

Although different from the book, I think the movie is worth checking out as well, Will Smith is a favorite. Here is the trailer.

++++++++++++++++++++++++++++
Disclaimer: This review is my honest opinion. I did not receive any kind of compensation for reading and reviewing this book. I am under no obligation to write a positive review. I purchased my copy of I Am Legend.

19 thoughts on “I Am Legend by Richard Matheson” 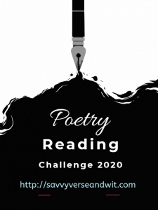 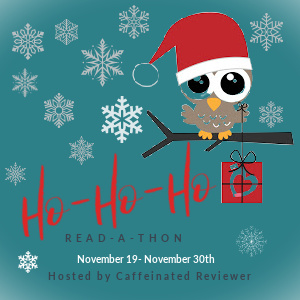