Skip to content
HomeTop Ten Tuesday 9/3/19: Books I Enjoyed That Are Outside of My Comfort Zone

Top Ten Tuesday was created by The Broke and the Bookish in June of 2010 and was moved to That Artsy Reader Girl in January of 2018. It was born of a love of lists, a love of books, and a desire to bring bookish friends together.

Hello September, it is time for a Top Ten Tuesday post. This weeks topic is:

Books I Enjoyed That Are Outside of My Comfort Zone

(i.e., a genre you don’t typically read or subject matter you’re not usually drawn to)

My list is made up of books that surprised me in a good way.

1. Gulp By Mary Roach is not something I’d usually pick up but I had heard such good things about this author I decided to give her a try. I’m glad I did. It both interested me and grossed me out. I already have Stiff in my TBR pile.

2. It took me a long time to be brave enough to finally read The Exorcist by William Peter Blatty.  It was fantastic. I read it as quickly as I could, so not to dwell on it too much but it as since become one of my favorite horror novels. It did give me nightmares.

3. Pet Sematary by Stephen King was another book that I was afraid to read. I’m a big SK fan but this was that one book I hesitated with for so long. I’ve read it twice now and it has become my favorite King but I have had to skim a certain part while reading.

4. Smoke Gets in Your Eyes: And Other Lessons from the Crematory by Caitlin Doughty was an Amazon Prime free e-book. When I gave this one a try I wasn’t too sure I’d enjoy it given the subject matter. Although uncomfortable and while I had to skim a few sections, I still enjoyed it overall and learned a few interesting tidbits.

5. I wasn’t sure what to think about Hausfrau by Jill Alexander Essbaum because I don’t like to read books centered on infidelity. This one turned out to be a like a train-wreck, you don’t want to look but you can’t help yourself. There is also something intriguing about an unreliable narrator.

6. A Small Indiscretion by Jan Ellison was another one I wound up enjoying despite the theme of infidelity throughout the story-line. 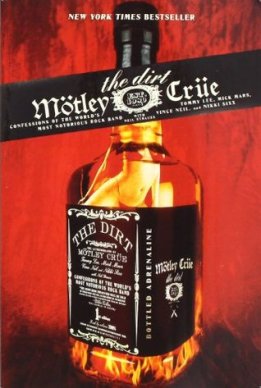 7. My girlfriend lent me her copy of The Dirt: Confessions of the World’s Most Notorious Rock Band and I was hooked from page one. Fantastic rock biography. 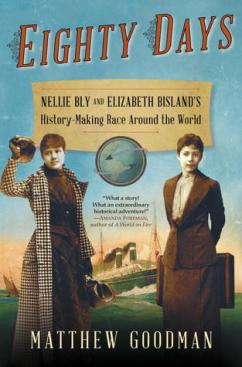 8. While Eighty Days: Nellie Bly and Elizabeth Bisland’s History-Making Race Around the World is not something I’d usually pick up it was really interesting and I enjoyed it very much.

9. I wasn’t too sure what to think when I started On the Island by Tracey Garvis Graves because of the teacher/student romance but I was surprised with this one. It was good. 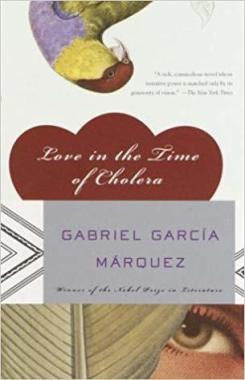 10. Love in the Time of Cholera by Gabriel García Márquez was both beautifully written and uncomfortable. It is centered around these two highly unlikable characters and I could not stop reading. I became an instant fan of Marquez. I had my SIL read it afterwards which made for a few great book conversations between us.

Those are a few books I’ve read that were a little bit out of my comfort zone, but that I enjoyed nonetheless. What are some of yours?

24 thoughts on “Top Ten Tuesday 9/3/19: Books I Enjoyed That Are Outside of My Comfort Zone”