END_OF_DOCUMENT_TOKEN_TO_BE_REPLACED

author:  Joe Hill/ Twitter
genre: short stories/science fiction/horror
pages: 438
first line: Shelly Beukes stood at the bottom of the driveway, squinting up at our pink-sandstone ranch as if she had never seen it before.
rated: 4 out of 5 stars

I read most of Strange Weather: Four Short Novels

by Joe Hill as part of the October 2017 24 Hour Read-a-Thon. This is a nice set of four novellas, scary, sad, strange and entertaining. All four got under my skin a little.

END_OF_DOCUMENT_TOKEN_TO_BE_REPLACED 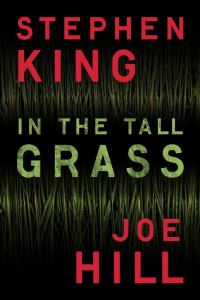 source: purchased
title: In the Tall Grass
authors: Stephen King/Joe Hill
first line: He wanted quiet for a while instead of the radio, so you could say what happened was his fault.
pages: 41
genre: short story/horror

My thoughts:
Oh how my heart skips a beat at the thought of Stephen King writing with his son Joe Hill. They need to write more together. I wish a collaboration on a full length novel was in the works between these two. One can only wish.
END_OF_DOCUMENT_TOKEN_TO_BE_REPLACED