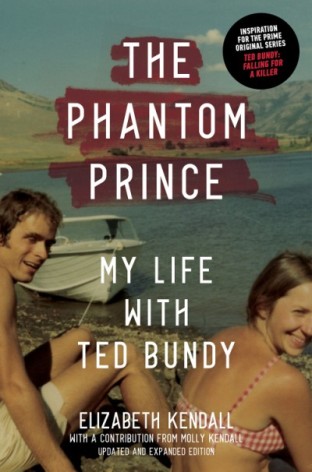 author: Elizabeth Kendall and Molly Kendall
genre: memoir/true crime
published: January 7th 2020 by Abrams Press (first published September 1981)
pages: 210
first line: In May 2017, I learned via the Internet that a new Ted Bundy movie was being made, and the story was going to be told from the perspective of Bundy’s long-time girlfriend.
rated: 4 1/2 out of 5 stars

blurb:
This updated, expanded edition of The Phantom Prince, Elizabeth Kendall’s 1981 memoir detailing her six-year relationship with serial killer Ted Bundy, includes a new introduction and a new afterword by the author, never-before-seen photos, and a startling new chapter from the author’s daughter, Molly, who has not previously shared her story. Bundy is one of the most notorious serial killers in American history and one of the most publicized to this day. However, very rarely do we hear from the women he left behind—the ones forgotten as mere footnotes in this tragedy. The Phantom Prince chronicles Elizabeth Kendall’s intimate relationship with Ted Bundy and its eventual unraveling. As much as has been written about Bundy, it’s remarkable to hear the perspective of people who shared their daily lives with him for years. This gripping account presents a remarkable examination of a charismatic personality that masked unimaginable darkness.

my thoughts:
I finished reading The Phantom Prince: My Life with Ted Bundy, Updated and Expanded Edition

yesterday and I am still thinking about this uncomfortable and morbidly fascinating memoir.

Elizabeth Kendall wrote her memoir in 1981 and it has been out of publication for some time so when I saw this updated edition was coming out I had to read it. It is hard to say that I enjoyed reading a true crime story like this because it is based on horrific and sad subject matter but it was fascinating to get a glimpse into what was going on with the woman who loved Ted Bundy. One thing that struck me while reading is how naive Elizabeth Kendall was. She was a single mom in her twenties when she met Bundy while out drinking. And she got so drunk that night that she brought him home then passed out with him in her apartment. It is hard not to judge and I know the times were different back in the 1970’s but come on, that is still really risky behavior.